5 Ways to Use Kindness to Defuse Difficult People

Ah, difficult people. Have you ever felt really frustrated or annoyed with someone’s behavior, maybe even deciding to dislike or shun them, only to find out afterwards that there was a good reason for them to be having an “off” day?

Have you been that rude or snappy person, yourself? I know I have.

Be kind, for everyone you meet is fighting a hard battle.” – Ian Maclaren 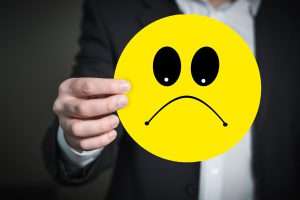 Something really stressful may be going on at home.

A difficult situation may have kept them up all night.

Nine things may have already gone wrong for them today, and you came across them during the tenth.

They may have lost something or someone important to them, reeling from the blow while trying to keep going.

They may be really worried about something that just happened.

Some people intentionally hurt others or have a consistent history of chaotic, rude or difficult behavior, regardless of circumstances. I am not talking about those difficult people.

As a physician I may see several dozen people in a day and have met thousands over the years. Most people I only meet once. I don’t have the benefit of time or relationship in most cases.

After almost two decades of medical work I finally respond better, most of the time, to rude, irritable and unfriendly patients.

I can think of two recent cases where I opened the examining room door with a smile and looked into an unfamiliar, tense face. They were annoyed they had to wait (fair enough!). They spoke in clipped, harsh tones. They had something against me, it seemed, even though we’d never met.

Being a doctor is stressful enough when people are kind; when they are unfriendly or rude, it’s natural to want to put your own back up, speak tersely and focus on the business at hand.  To focus on getting out of your space as quickly as possible.

That said, mirroring tension and dislike back at difficult people makes things worse. They may escalate their bad behavior or get even more demanding or unreasonable. It will be an unpleasant experience for both of us.

What works, is treating them kindly.

If I’ve played any potential role in their frustration, I apologize right off the top. Even if they’re being really unpleasant or rude about it. A sincere apology defuses many situations. Acknowledging someone’s point of view, without openly judging it (even if you don’t agree with it), goes a long way.

This was the case in one of those patient situations. As I walked in, she told me that she was upset about the wait she’d endured. When I asked about her day, she had something important to get to.  As soon as I apologized and promised to help her get her out the door ASAP, she relaxed. By the the end of the visit we were laughing and chatting. When she left, she apologized for having spoken to me the way she had at the beginning of our visit.

3) Speak as you would to a pleasant, friendly person.

If a patient is terse, unfriendly or disrespectful to me as I walk in the door, I’ll do my best to keep it together, sit down and continue as I would with anyone. I smile and ask them the usual questions. I suspect there is something about this that is surprising, and disarming.

In so many cases, as with the second situation I am thinking of, acting normally and demonstrating care leads to deeper discovery and connection.

The tense, irritable person in front of me had something much bigger going on under his superficial reason for the visit. He eventually broke down in tears and shared what was really happening. We ended up talking about the situation and getting him the help he needed. I saw him again recently and he was a different person. He smiled throughout the exchange and expressed his gratitude for that prior visit. It was incredibly gratifying.

If I had been brusque with him and tried to get his original, unfriendly self out of the office as soon as possible, so much would have been lost.

4) Take their background into account and give lots of grace for differences.

It’s easy to judge people if they’re different from you.

Maybe they weren’t taught the same manners that you were taught to require of yourself and others.

Maybe, because of a differing background, they jump to a negative conclusion about you because you dress or speak differently.

Maybe, because of their habitually prickly or unappealing demeanour, they’re used to being poorly received. It’s become a self-fulfilling prophecy.

Often those who are more challenging to love, aka “difficult people”, have had a much more difficult life (and let’s face it, being born into various privileges and opportunities, as many of us have, is not anything that anyone can personally take credit for).

“There but for the grace of God go I”, as the saying goes.

5) Don’t judge a prickly person based on your first impression.

I’ve learned in my work that most of the “difficult”, less likeable people quickly become more likeable if you take a moment to listen to them, to really see them.  Demonstrate that you hear them and acknowledge their situation and needs, instead of reacting in frustration or rejection (the more natural automatic response).

Again, there are some difficult people where boundaries are immediately and absolutely necessary. There are times to turn and run (or call the police) rather than naively thinking more kindness would help. Still, placing those boundaries calmly, firmly and kindly will usually work better than raising your voice at someone or returning an insult, giving them an excuse to get even more mean or angry.

Pause and React Intentionally When You Encounter Difficult People

The next time someone offends you, don’t let it phase you. Try the route of kindness.

Imagine what they might be going through, that you know nothing about.

Perhaps you could even ask them how they are, and genuinely want to hear the response.