Confessions of a Reformed Night Owl: Phase Shift into Peace and Productivity 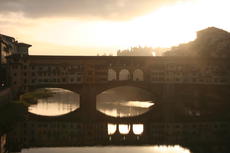 I have been a night owl my entire life. My mom tells me that from birth I would stay up talking to myself and singing long after she put me to bed. My earliest memory is from when I was around three years old. I begged to stay up to watch the movie The Sound of Music, and my mother put me to bed promising she’d wake me up in time for the puppet segment. Reassured that sleep was only temporary, I cooperated. When I woke up the next morning, I felt cheated and furious. I’ve never forgotten it.

For almost forty years now I’ve resisted going to bed "early" (meaning before midnight). I always had this feeling that I’d miss out on something, that it was too soon for the day’s fun to end, even if that "fun" was just mindlessly surfing the net. When I finally resignedly turned the light out at midnight or later, it would only be because I knew my health and energy depended on it.

Despite articles and research that proclaim the superior productivity and even intelligence of night owls, my circadian compulsions started to wear on me over the last few years. I usually managed to get enough sleep, but knew I was wasting a ton of time through my late night procrastinations.

As I wrote in my book, Live a Life You Love: 7 Steps to a Healthier, Happier, More Passionate You , for a time I had a deal with my husband that he would drag me into the bedroom if I was up past a certain time. This worked for a while, until I somehow managed to infect him and he started staying up later than I did!

No matter what I tried, no matter how much I’d promise myself in the morning that I’d get to bed earlier that night, I just couldn’t kick this habit. Until I went to Europe a few weeks ago.

I hadn’t been in a few years but used to go at least once a year, and never had a problem adjusting to the time change. The first night would be rough and I’d wake up early, but after that I’d quickly adjust. This time, no matter what I did, I woke up at at 3 or 4 a.m. Eventually I stopped trying to go to to bed at my usual time, because it meant I’d only get three or four hours sleep. By the second half of the trip, I found myself obeying the heavy-lidded urge to turn the lights out at 7 or 8 p.m and would sleep deeply until the early hours of the morning. I know, I couldn’t believe it myself.

What was different? First, I had a big breakfast at the hotel every morning at 7 am (after which I’d run around taking pictures like this one of the sunrise over Florence’s Ponte Vecchio), and an even bigger lunch. Instead of my usual big late dinner (which we experts know is bad for your nocturnal cortisol, blood sugar and insulin levels) I would just have a light snack. Sunset was close to 4:30 pm, so I was going to sleep several hours after the sun already went down, much like our predecessors did before lightbulbs and Google.

The biggest factor, though, was that the adaptor I’d brought didn’t work with the three-pronged plug on my laptop. Even though the hotel had free Wi-Fi, I couldn’t surf the net in my room. The TV stations were also all in Italian. Since this was a solo trip meant for rest and reflection, I had no plans at night. You can only journal so much. Unable to kill time online, I found myself effortlessly listening to my body and sleeping when it wanted to.

That’s not the end of the story. When I came home a week ago, I expected to quickly shift back as I always do. Nope. Again, after several mornings in a row waking at 4 or 5 am, I noticed the same heavy-lidded sleepiness start descending at 8 pm or so. And now, thanks to my European training, I had learned to listen to it.

For the last few days, I’ve deliberately gone to bed before 9 pm. I have NEVER done this in my adult life. I wake at 5 am or so and have settled into a routine. From 5 to 6 am I read books I’ve been meaning to read for ages, and do some prayer and meditation. From 6 to 7 am I do yoga and then have a shower. From 7 to 8 am I have breakfast, write and answer important emails I’ve flagged from the day before. After 8 I take the dog out for her walk; by 9 am I’m officially ready to "start" my day.

In my old life, I’d get out of bed around 8:30 am and spend the rest of the day swept along by commitments and emails. Most days I struggled (and usually failed) to find time to do non-urgent but critical things like writing and blogging. I love how yoga makes me feel but could never get into a regular rhythm, and that stack of great books kept piling up over the last year. In sleep medicine we talk about "delayed sleep phase syndrome" in which someone can’t seem to help staying up until an ungodly hour and regularly sleeps in until late morning. I seem to have developed the opposite.

Could I fix it if I wanted to? Probably. I’m not going to try though, because through this bizarre phenomenon I have finally found the time in my life I have always been looking for. If you stay up late and spend your days wondering why you don’t have enough time, you might want to try this too.

If you don’t have the opportunity to trigger it by traveling partway around the world, try setting your alarm for 5 am (no matter what time you go to bed), and then go to bed the following night as soon as you start to feel tired. I used to feel it was "cool" to be a night owl, even though I really wasn’t doing anything interesting. Now I’m an early morning evangelist, hallelujah I have been saved! I feel very excited about what this shift means for my peace of mind and my life. Try it and let me know if it works for you…