Is Hypoglycemia Causing Your Anxiety Symptoms? 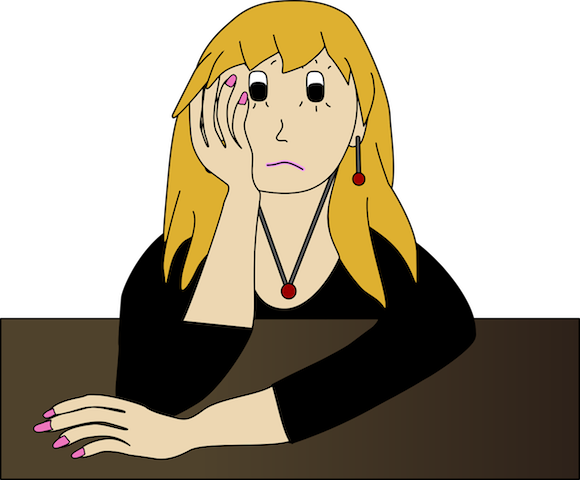 My first memory of “hypoglycemia” happened when I was in my early thirties. I was shopping for groceries. One minute I was fine, then the next I felt lightheaded, weak, anxious, irritable and tearful. At first, I didn’t know what was wrong. Then it dawned on me that I might have low blood sugar. I quickly ate something and felt better. And felt embarrassed about how I had acted! Crying in a grocery store, for no reason at all, isn’t pretty.

After that episode, it happened enough times that I started carrying candies or meal bars in my purse. I couldn’t go for more than a couple of hours without eating. Whenever I felt sudden anxiety symptoms or irritability, a solid healthy meal typically turned my mood around. Completely. I’d feel calm and normal after, other than feeling embarrassed (yet again!) if I’d been tearful, weirdly anxious or touchy prior to eating.

I frequently counsel patients with anxiety symptoms to eat regularly and avoid high sugar foods. Best not to let blood sugar get too low in the first place. Also, avoid the dramatic swings in blood sugar that refined carbohydrates trigger. Both of these situations would worsen, trigger (or mimic) their symptoms.

Recently, I came across an explanation of how important it is for people with anxiety or depression to eat a solid meal first thing in the morning.  Eat a breakfast high in fat and protein, as soon as possible after getting up. If an anxious or depressed person attempts a demanding task without having a decent breakfast first, they may end up “psychophysiologically unstable” for the rest of the day.

The stress of the complex task (on a fasted body that hasn’t eaten anything yet) triggers excess insulin secretion. This further lowers blood sugar, throwing the body and brain off-kilter and making the person feel physically and emotionally unstable. In a way that’s hard to recover from.

The symptoms of hypoglycemia included depression, anxiety, insomnia, irritability, crying spells, forgetfulness, trembling, racing heart and dizziness (I know these well!). He also observed that the patients suffering from these symptoms were typically eating a diet high in refined carbohydrates and caffeinated drinks.

Another interesting paper was published in the 2016 Case Reports in Psychiatry A 15-year-old teenager with generalized anxiety disorder and symptoms of hypoglycemia had been eating a diet of mostly refined carbohydrates.

They added more protein, fat, and fiber to her diet over a four week period. For example, they traded out her usual breakfast fruit/fruit juice smoothie for one with whole fruit, protein powder, and flax seeds. Her anxiety symptoms decreased dramatically. She also experienced improved energy, less frequent hypoglycemic episodes, and improved concentration and mood.

A few weeks later, she briefly returned to her old way of eating. Her anxiety symptoms returned immediately.

There’s lots of other data out there — for example, a cohort study that showed an association between an increased risk of depression and anxiety and consumption of foods with a high glycemic index.

I worry that today’s near-obsessive emphasis on “time-restricted eating” and fasting (which can have profound benefits in some, to be sure), may cause significant mood problems in people vulnerable to anxiety symptoms and depression. I’m certainly one of those. That’s why I can’t do intermittent fasting on a daily basis. I learned that very quickly, after trying it! I need to eat to stay sane, literally.

In fact, I’m going to start eating breakfast even earlier than I already do. I’ll also make it much more hearty.