When Things Go Wrong, Play the “Guess the Reason Game” 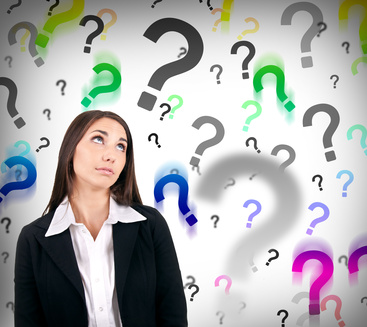 I wrote this post at the end of a rather harrowing day. I spend time in New York regularly and am always sad to leave. That day I had to say goodbye to my beloved city yet again, so based on that alone, the day wasn’t off to a good start. I also love sleep, and was up late the night before with my sister and godson in Brooklyn, so you can imagine how thrilled I was (not) to get up at 4:30 am for my flight.

I got to Newark airport at 6 a.m , on time for my 7:30 flight. After I paid the driver, he went to pull my very favorite suitcase (a garment-bag hybrid that somehow holds my entire closet while still weighing under 50 pounds) out of the trunk. The main handle tore off as he lifted it out. Great.

Next, I tried and failed to check in at the kiosk. A kind Delta agent wasn’t able to help me with the machine, and went to his computer to check me in.

“Oh no,” he said. No one ever wants to hear those words from a check-in agent.

Nor the following words: “You’re at the wrong airport.”

The desk agent showed me the three teeny tiny letters hiding amidst the endless lines of text on my printed ticket: (JFK). Even though I’d flown in on the same ticket, same airline, via Newark. I was so stunned I couldn’t even think, I went totally blank. All I knew was there was no way I’d get to JFK airport in time. And I had to get home. To his credit, while I stood there paralyzed the Delta agent’s heroics were amazing.

It was my mistake, yet he worked at it until he found a solution, his brow furrowed and hands flying as he typed indecipherable strings of code across the screen. He got me onto a flight that was leaving almost that very minute, the very last seat on an oversold flight (someone didn’t show up). It was a miracle. I had to pay a penalty, though. And will also need to buy a new suitcase, ouch.

I’ve trained myself to be on the lookout for serendipitous positive outcomes as an antidote to getting dragged down by disaster, so I was curious to see if on the new plane I’d be seated next to future lifelong friends or sources of life-changing conversation (or someone who I might help or positively impact).

Nothing, just nice normal people. And unfortunately, I had inherited a window seat behind one of those people who shamelessly recline their seat into your lap after takeoff. (If I can find time I’ve been meaning to start a campaign to make all seats on airplanes non-reclining, anyone with me?)

I’m claustrophobic and avoid window seats at all costs, so I spent most of the flight standing at the back with the flight attendants. We chatted and I told them my broken-suitcase, wrong-airport story of woe, and they shared similar stories.

One told a tale from when she first began working with the airlines: She’d caught a 3 a.m. shuttle from JFK, which was near her home, to Newark, only to discover that she was actually supposed to be at JFK. She paid $140 for the breakneck cab ride back to JFK, which essentially consumed her day’s pay for the flight.

Since my habitual optimism had been flagging as the day unfolded, I asked them this: “When things go wrong , do you usually discover in the end that something good that came out of it? Like, why would this have happened to me today? What’s the reason? I can’t see it right now.”

Our discussion became intensely animated as we dissected each others’ various disasters from this perspective. In both my case and the other flight attendant’s wrong airport story, we’d lost money and had experienced significant stress, and there wasn’t any obvious benefit to these mishaps.

One of the flight attendants finally came up with a plausible theory: “What if the reason that this happened to both of you, is to prevent something more disastrous happening in the future?” She pointed at me. “You lost some money and had a stressful morning, but I bet you won’t make this mistake ever again, from now on you’ll read your ticket carefully. Maybe that will prevent you from missing a much more critical flight out of New York in the future.” Next she pointed at her friend. “You managed to get back to JFK in time that day, without missing your shift. I bet you never made that mistake again, right? You avoided getting a mark on your record that first time, and saved yourself from that fate in the future. Maybe that was the point.”

I was thoroughly satisfied by her theory, and felt all grumpiness leave me. I may never know what disaster I averted through this lesson in double-checking all NYC tickets to confirm which of the three airports I’m flying out of, but I sure felt better given this explanation. Not only was this “Guess what the reason” game helpful in finding or creating an optimistic twist on things, but it was a lot of fun to engage in as a group and helped distract from the situation as well.

The next time you find yourself having that kind of a day, play this game with yourself or anyone else who happens to be around, or call a friend. Make a list of all the potential good outcomes that could emerge from the initially unwelcome event, and watch the clouds lift.

My “bad” day, in the larger scheme of things, really wasn’t a very big deal, but it was a useful exercise in brainstorming a positive twist in a group. This kind of conversation, and the socially supportive nature of the game, would be even more reassuring and valuable if one was going through something truly difficult or deeply upsetting.

And guess what? Looks like I did get to have that life-changing conversation I’d anticipated, after all.

Have you had one of those days when everything seems to go wrong, only to find that the events of the day contained a surprising gift, or had saved you from some other worse fate in the end? I’d love to hear your stories and thoughts in the comments section.