Why You Can’t Let Money Hold You Back 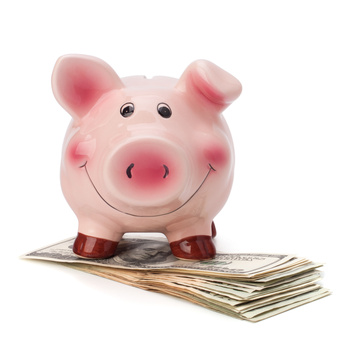 It’s natural: when you see someone doing something you long to do, you automatically search for reasons to justify why they’re doing it and you’re not. Maybe they had encouraging supportive parents and yours belittled you. Maybe they got their start at a younger age and it’s probably too late for you now. Maybe they got a great education, or were blessed with more opportunities in life.

My coaching clients won’t ever convince me with these kinds of excuses; there are endless examples of people who accomplished their dreams or achieved seemingly impossible things in spite of a terrible childhood, starting late, or never having finished high school.

So often though, when we look at something we’d long to do and tell ourselves we can’t (or can’t yet), it’s about money. This is probably the hardest issue to convince people to see past.

When I wrote my book, Live a Life You Love: 7 Steps to a Healthier, Happier, More Passionate You , my primary purpose was to illustrate how miraculously events and circumstances come together to support you when you follow your heart, start honoring who you really are, or pursue a cherished dream.

In my late twenties I resigned from an Emergency Medicine residency because of severe depression (which was actually a blessing) and started following the strange nudges I felt in my gut. I decided to be a writer and started submitting articles to magazines. I signed up for salsa dance lessons. After I started performing and teaching salsa, I discovered Spanish flamenco and eventually performed that as well. Then I got this weird idea that wouldn’t let go of me: I kept feeling I was meant to move to a warmer Latin country where I’d have more time to write and dance. People thought I’d lost my mind. I eventually ended up in Cabo San Lucas, where I had my own flamenco and salsa dance company (performing for and teaching celebrities, it was crazy what unfolded!). There, I also wrote the first pages of my book that eventually got picked up by a publisher in New York.

This entire experience stunned me. It also gave me my belief (and evangelistic fervour) for how wondrous life can be if you respond to and act on what’s calling you.

So it broke my heart when some people after reading the book made comments like "big deal, she’s a rich doctor, how insensitive and naive for her to suggest that a ‘normal’ person could ever hope to have a similar experience.” I get that this is just their stuff, their way of justifying why they’re not doing what they’d love to, but it was really frustrating. If they hadn’t decided I’d been able to do this because I was “rich”, they probably would have found something else that was different about me that would erase their own possibilities.

At the time when I made the move to Mexico I was still in debt with student loans and had no savings other than a small retirement account. I rented a one-room apartment for $400 a month and lived off tacos, I even learned how to make my own hand-made tortillas. My monthly expenses were approximately $1000/month, and I just about covered that with the income from writing my various columns and articles. Sure, when I needed a little extra I could fly up North and work a few shifts in the clinic to generate some income, but I was far from rich. I could have been extremely comfortable financially if I was willing to work full time as a physician, but it made me miserable and every time I tried I just couldn’t do it. A key part of pursuing the things I loved to do was that I hoped to eventually earn a livable income from them.

If the money piece is getting in the way for you, here are some key things I’ve observed both in my own life and in the lives of my coaching clients:

Things are rarely as they appear. When I see someone who has done something I’d love to do, I love to ask about their greatest challenges along the way. It helps me immensely to know that a leader who puts on huge women’s events didn’t have a penny to her name the first time she did it and charged it all to a credit card (not that I would recommend this, but it’s comforting to know). Even if someone did have a financial advantage, ask them what some of their other struggles have been and I’d bet you’d be surprised and inspired by what they’ve faced and overcome.

2) Look at your choices and true priorities

Lots of us constantly say “I’d love to but I can’t afford it” or “I’m having a tough time financially and it’s the main thing holding me back”. (There are indeed many people who have been devastated financially and are struggling to survive, this is not who I’m talking to) Yet most people have nicer televisions than I do, which they paid for themselves (mine is a hand-me-down my Dad gave me). They probably also have nicer furniture (mine’s from Ikea, and cheap Ikea at that). Things are not my priority.

A while ago I had a client change her mind about getting some coaching. Despite having committed, she backed out last minute because she “couldn’t afford it”; she’d blown her budget on a trip to San Francisco. She talked about her situation as if she was a victim and was really stressed financially, yet clearly it was more about priorities and what she valued most. Doing something you long to do does usually require sacrificing other areas and wants. It’s just the way it is.

People who don’t have “enough” money think that whatever they want to do would be effortless if they had more. Yet when I work with wealthy clients, money holds them back too. One client I worked with was a multi-millionaire and owned millions of dollars of real estate, yet she was terrified to take a year off to pursue her dream. She was so used to having her business bring in tons of revenue every year and the thought of drastically reducing that income sent her into a panic. I know it may be hard for you to sympathize with her situation, but in her mind it was a real obstacle. I’ve seen this many times. Financially prosperous people are used to their comfort zone and the thought of suddenly lowering their income or walking away from a high-paying job (even if they’ve got massive savings) can paralyze them.

Sure, there are times when you’ll need to save up or borrow or raise capital to fulfill a dream. But you’d still probably be surprised by what could be possible for you, right now.

When I was living in Mexico, trying to figure out how to make ends meet without having to rely on my medical income, I had to get resourceful and was amazed by the surprising, joyous ways I discovered to earn income. I earned money dancing at special events, had the time of my life teaching dance at a local school, got cast in a movie as a “special extra” to work side-by-side with Adam Sandler (!), started my coaching business, wrote for local magazines and papers, put up a website and started speaking to groups across North America. If I’d had a big nest egg, I would have missed out on all the joy and sense of accomplishment I got out of taking leaps and risks and watching things happen. The events that unfolded time and again were nothing short of miraculous. And miracles are available to everyone. Step out on faith and hope, and watch what happens.

Do you have a story of how money once held you back but you took the leap anyway? Or is money holding you back right now? How could you find a way to start doing what you long to do, no matter what your circumstances are? Let me know in the Comments section below…